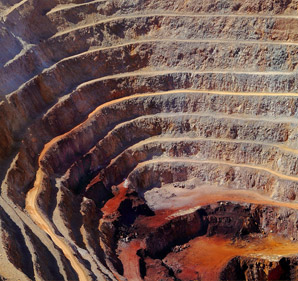 Mentes Iron Ore Mine is located near Karaköy and Dikme villages of Kayseri. Mentes Mine consists of Karaçat, Kizil, Elmadag 1 and Elmadag 2 open pits and Karaçat underground mine. Mentes geological system includes Turkey’s richest reserves of directly chargeable iron ores. Mentes Mine was commissioned in 1969 and has been operational since then.

Mentes’s proven and probable total reserve is estimated to be 30 million tons (excluding15 million tons already extracted to date). Mentes ores are mainly goethite and hematite with average Fe grade of 57%. Annual production in Mentes reaches one and a half million tons.